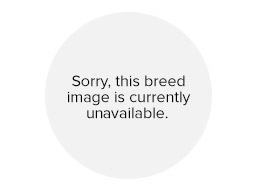 The Bergamasco is an ancient breed of a herd dog widespread across the Italian Alpine and pre- Alpine regions; a particularly large number of the breed could be found in the valleys of the Bergamo region where sheep breeding was carried out on a large scale. The dog was essential in aiding shepherds driving herds during the seasonal movement between the pastures of the Alpine regions and plains of the Po Valley. A painting by a famous artist depicting the breed in the sixteenth century provides evidence of the ancient origins. The first dogs were registered with the Italian Stud Book in 1891.

The Bergamasco Shepherd is a medium-sized dog of rustic appearance with an abundant coat covering all parts of the body; powerfully constructed but very well proportioned. Conformation is that of a dog of medium proportions (mesomorphic) the body is square in outline, with well-balanced proportions in relation to size and the profiles of the head and body.

The function of the Bergamasco shepherd dog is to drive and guard herds and livestock in general, a task for which the breed expresses consummate behaviour thanks to the vigilance, concentration and  harmonious built. The capacity for learning and the determination combined with moderation and patience make the dog an excellent guard and companion, suited to various functions. Known to establish a close relationship with man. The breed must never be aggressive or fearful, although a slight natural diffidence is mentioned as a somewhat typical characteristic of some sheepdogs.

Head shape with parallel planes proportionate in relation to the body. The head is covered with abundant hair, making it appear large. The length of the muzzle equals that of the skull. The skin must not be thick but tight without wrinkles.

CRANIAL REGION:
Skull: Medium sized with top of skull tending towards flat, the upper longitudinal planes of the skull and the muzzle are parallel. The width must be less than half the total length of the head. The frontal region is well developed lengthwise and widthwise. The supercilliary arches are well defined. The median frontal furrow (metopic suture) is marked; the occipital crest is well defined and pronounced.
Stop: The stop is evenly sloping, but accentuated due to the marked bones of the nose and forehead, the frontal protuberances and the superciliary arches.

FACIAL REGION:
Nose: In line with the muzzle with curved upper profile, wide open nostrils, humid, fresh and large. Viewed in profile it must not appear protruding. The colour of the nose leather is black.
Muzzle: Tapers progressively towards the nose with lateral surfaces converging slightly, so that the muzzle itself is not pointed but truncated, hence the front face of the muzzle is rather flat. Its length is the same as that of the skull. Measured at the middle, the width is approximately half of the muzzles length. The depth of the muzzle must not be less than half of the muzzles length. The upper profile of the muzzle is straight and the lower jaw, not the lip, defines the lower part of the muzzle. Due to this conformation, the lip commissure is not pendulous. The commissure of the lip joins up with an imaginary vertical line drawn down from the outer corner of the eye. The lower profile of the jaw is almost straight.
Lips: Thin and divided under the nose forming a long arc one third of a circle; they are slightly developed hence only just covering the teeth. The lip rims are well pigmented.
Cheeks: Not very prominent.

Rather large; neither bulging nor sunken, iris of a darker or lighter shade of chestnut colour depending on the colour of the coat. They are set forward looking; expression is soft, serene and attentive. The shape of the rim of the eyelid is slightly oval and the angle of the eyelid towards the horizontal is only slightly oblique. The eyelids fit tightly over the eye, with black-pigmented rims; eyelashes are particularly long so that they can lift the hair falling from the forehead over the eyes.

Semi-drop ears set high, i.e. the last two thirds of the ear leather is pendant. When the dog is alert, the ear lifts slightly at the base. Triangular shape. Length is between 11 and 13 cm, width 6.5 to 8 cm. The base is wide, extending at the back to the point where the head sets into the neck, while frontally reaching to the middle of the skull. The tip is slightly rounded.

Upper profile is slightly convex. The neck is slightly shorter than the head. The skin is never loose, consequently always without dewlap. Hair must be thick.

General appearance: Legs are straight when viewed from the front and side and well proportioned in relation to the size of the dog.
Shoulder: Strong and massive. Long and set obliquely. Muscles must always be well developed.
Upperarm: Well-muscled, strong in bone and well angulated. The angle formed by the scapula and upper arm (scapulo-humeral) ranges between 105° and 125°.
Elbow: Set on a plane parallel to the median plane of the body. The point of the elbow is located on an imaginary vertical line lowered from the back end of the scapula. The humero-radial angle (between upper-arm and forearm) ranges from 150° to 155°. The hair hanging down from the elbows should be abundant, long and thick, tending to flocks.
Forearm: Straight; at least as long as the upper arm. Well developed muscles and bone.
Carpus (Wrist): In a straight line extending from the forearm; mobile and lean with the pisiform bone clearly protruding.
Metacarpus (Pastern): Lean and mobile. Seen from the front, must be placed on the same vertical plane as the forearm. Viewed in profile has a slight inclination from the back to the front.

Topline: Straight topline.
Withers: Prominent and long, well defined. Back: Straight, well muscled and of good width.
Loin: Slightly convex, firmly joining the back and the croup. Loin decidedly shorter than the back (measured from the loin to the withers). The width of the loin is nearly the same as its length; muscles of the whole region are well developed.
Croup: Broad, strong, well muscled and slanting, with an inclination of approximately 30° below the horizontal.
Chest: Must be broad and deep, reaching to the elbows.
Underline and belly: The lower profile of the belly is only slightly tucked up. The hollowness in the flanks is minimal.

General Appearance: Hind quarters in proportion to the size of the dog. Straight limbs seen from behind.
Thigh: Long, broad, well muscled with a slightly convex rear profile. The coxo-femoral angle (between pelvis and upper thigh) ranges between 100° and 105°.
Stifle (Knee): Perfectly in line with the limb, neither turned in nor out.
Lower thigh: Strong bone, lean muscles with marked leg groove. Inclination below the horizontal is about 55°.
Hock joint: The external surface is very broad. Joint well angulated.
Metatarsus (Rear pastern): Broad, perpendicular to the ground.

Set on the lower third of the croup, thick and strong at the root, it gradually tapers towards the tip. Covered with slightly wavy goat-like hair. Length of tail often reaches the hock when the dog is standing; preferably it should be shorter. At rest the tail is carried sabre fashion i.e. pendant in the top two thirds, with the end third slightly curved. In action the dog waves his tail flag-like laterally.

Free with long steps. The preferred gait is a rather extended trot, maintained for quite long periods. Due to his conformation, the dog can easily go into an ordinary gallop, which can be maintained for a relatively long period of time.

Hair: Very abundant and very long, varies depending on the region of the body. Rather harsh (similar to goat hair) with wavy flocks on the front part of the body, while from the middle of the chest region to the rear it is woolly and forms broad strands of varied length depending on the age of the dog; the woolly coat does not moult and traps the undercoat which is quite long and soft forming mats of felted hair which are very protective. The flocks start from  the topline falling down the sides of the body. The hair on the head is less harsh and falls over the face. The hair on the ears is slightly wavy and soft forming pointed fringes at the tip. The hair on the limbs must be evenly distributed all over with soft flocks on the forelegs and matted flock on the hind legs. The coat is soft in puppies and the flocks begin to form at 12–15 months. Their length depends on the age hence young dogs must not be penalised for a coat, which has not yet lengthened. In old dogs, too thick and long a coat that hampers normal movement and compromises the dog’s welfare should be avoided. The coat should be cared for and kept clean; avoiding in particular matted flocks on the beard, muzzle and ears flaps.

SKIN:  Taught and fine all over the body, especially on the ears and forequarters. Neck without dewlap and head without wrinkles. Colour of the lip and eye rims must be black.

Solid grey or with grey patches of all possible shades from the softest of grey to a lighter shade of grey on to black. Tinges of isabella and light fawn permitted. An all-black coat is allowed providing the black is really opaque.

Any departure from the foregoing points should be considered a fault and the seriousness with which the fault should be regarded should be in exact proportion to its degree and its effect upon the health and welfare of the dog and its ability to perform its traditional work.
• Lack of sexual dimorphism.

SEVERE FAULTS:
• Facio-cranial head planes convergent or divergent.
• Nose partially depigmented.
• Eyes with heterochromia of the iris, bilateral or monolateral (part of the iris blue), bulging or sunken, oval and slanting eyes.
• More than one missing tooth. (Except for PM1 and M3).
• Tail set too high or low, carried to high over the back or hanging loosely.
• Coat with no differentiation between woolly and goat-like hair, soft all over, short on the forelegs and on the muzzle, sparse hair on the tail, too thick and long so as to compromise the function of the dog.
• Colour other than permitted in the standard.
• Gait that is ambling or pacing continually.
• Size that is over or under the margins indicated by the standard.

• Male animals should have two apparently normal testicles fully descended into the scrotum.
• Only functionally and clinically healthy dogs, with breed typical conformation, should be used for breeding.