Dog shows are held all around Australia, where dogs are judged by specialist judges against their breed standard. Here’s our step-by-step guide to mastering the show circuit.

Dog shows conducted under QLD regulations are organised by Affiliated Clubs and held throughout the year all over the State.

The Gazette section of this website contains show advertisement schedules for events which are being held up to approximately two months forward.

These advertisements carry a number of important features of the show such as:

If you are lodging an entry for your first show we recommend you seek advice and assistance from the person from whom you purchased your puppy or the DOGS QLD affiliated club, shown in the advertisement, which is conducting the show.

Once you decide on the event that you wish to enter, you then need to decide if you will enter online or forward your entry by mail.

No matter which of these methods you choose, the entry information you provide should be exactly what is shown on the current Pedigree Certificate of your dog, namely;

The only other detail required for entry are the Class being entered, the exhibitor contact details and a signed or acknowledged Exhibitor Declaration.

Each one of the online entry websites contain instructions for lodging your entries and you should read the notes carefully if using a site for the first time. After you have completed your entries, you will receive an acknowledgement by email confirming that your entries have been correctly lodged. You should check this email to reconfirm that both the dog’s details and classes you have entered are correct.​

What happens in the ring?

Ensure that you check the catalogue to see when your breed is being judged, unless your pup belongs to a breed which is at the beginning of the group, you will have some time to wait.

Make sure you can hear the steward calling breeds and classes from where you choose to sit, or go over to the ring now and then to check which breed/class the judge is up to. When the class before your pups is being judged, take your pup over to the ringside (but not in the way of dogs and handlers going in to or coming out of the ring) and listen for your class to be announced and your number called. Note that a roll call may be made while the previous class is still being judged.

While you are waiting at ringside:

When you hear your number called by the steward, answer clearly "here" and enter the ring, going to where the steward directs if your pup is first into the ring or following the other pups if he is further down the line.

When the steward assembles your class, the numbers are called in order and a line is formed to enter the ring. Any person who fails to answer the steward's call will be marked as absent after 3 calls, so don't get involved in conversations or other activities which will mean you missing your call. If called absent, an exhibit can not enter that ring.

Always follow the judge's instructions and be courteous and considerate at all times to the judge, steward and other exhibitors. The judge will probably ask you and the other exhibitors in your class to gait your puppies once around the ring before standing your puppy back in front of them, (allow approximately two metres between dogs when gaiting dogs with other exhibitors).

The judge will then examine your dog from nose to tail, either on the ground or a table for small breeds, to check for correct conformation (the outward appearance and physical formation of a canine. The overall quality of a dog's structure, form and arrangement of parts), coat and condition. You will again be asked to gait your dog individually to assess movement.

If it is the first time that you are showing, it is wise to tell the steward, as he or she will relay this information to the judge who should give you consideration in understanding the ring requirements.

What are the different types of competition?

Dogs and bitches are judged separately, with a maximum of seven different age classes with available placings of first, second or third, except at larger specialty shows where numbers of entries may go up to fourth and fifth, depending on the total entry.

All dogs and bitches of every breed in the show are eligible to enter and compete against each other at the same time, usually as the first competition of the day.

Challenge points are only awarded at Championship Shows and are given to the Best Dog (called Challenge Dog) and Best Bitch (Challenge Bitch) for each breed. One hundred Challenge points are required before a dog can be awarded the title of Australian Champion. This title is retained for life and the initials Ch. become part of the dog’s registered name.

Judging usually begins in all rings at the same time with the various breeds, followed by group judging, and then General Specials. In All Breed shows, dogs are judged alphabetically by breed according to Group classification.

For each breed, dog classes are judged before bitch classes. The winners of each class, excluding Baby Puppy, compete for the Challenge if it is a Championship Show, or Best Dog of Breed if it is not.

The dog selected as Challenge will then leave the ring and the dog that came second in the same class as the Challenge winner returns to the ring to compete for Reserve Challenge. Then the bitches are judged similarly.

Whoever wins this leaves the ring and is replaced by the Reserve Challenge of the same sex as the Best of Breed who then competes with the opposite sex Challenge winner for Reserve or Runner-up Best of Breed. The Best and Reserve Best of Breed automatically win their respective Class in Breed.

Best in Group and Runner-up Best in Group winners are automatically the Best exhibit in whatever classes they were entered into. All other classes are then judged by having all winners for each particular age group compete for that Class in Group.

When all groups have been judged, the seven Best in Group winners enter the General Specials ring for Best in Show and the judging sequence of Best in Group is repeated.

What you will need at the show

The following could be used as a check list of the things you may need at the show.

The Ring Steward has the responsibility of ensuring the smooth running of the judging ring.

Exhibitors are required to follow all directions of the Stewards who will call the dogs into the Ring in the specified order of judging.

Males are judged first followed by females and then Best of Breed and other breed elimination classes before moving on to the next breed.

The order of judging Breeds is pre-determined in the show advertisement and is strictly followed. The most common order of judging is alphabetical within each Group.You should therefore be aware of the breeds that come before you so that you are ready to enter the ring when the Steward calls your number. This is where a Catalogue becomes extremely useful as it clearly shows you the number of dogs which are entered in the breeds ahead of you.

The Steward is required to announce your Exhibit Number up to a maximum of three times and should you not present your dog at the ring entrance prior to the third call your dog will be marked absent and no level of complaint will allow that call to be overturned.

When you enter the ring you then simply need to follow the directions of the judge until such time as the necessary awards have been made and recorded by the Steward. 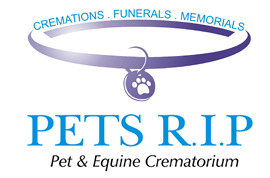