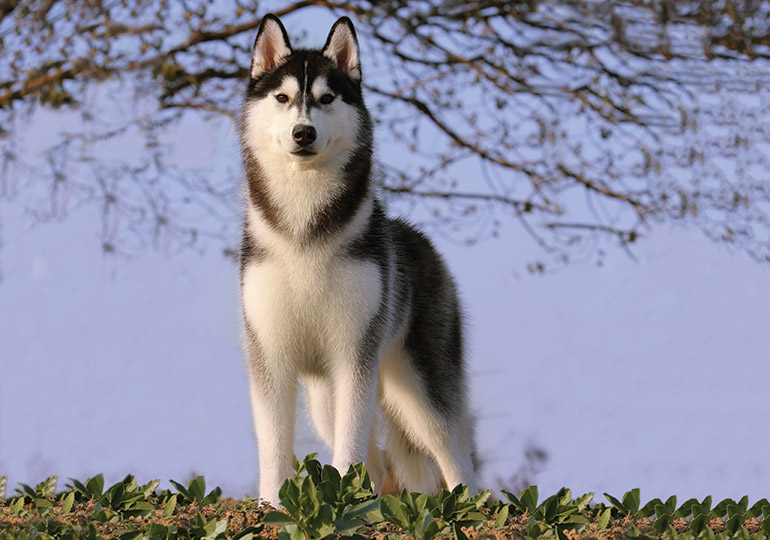 The Siberian Husky breed was originally developed by the Chukchi people of northeastern Asia as an endurance sled dog. In 1909, the first large numbers of these Chukchi dogs were brought to Alaska to compete in the long distance All-Alaska Sweepstakes races, and the Alaskan dog drivers quickly recognised the ability of these Huskies from Siberia.

In the winter of 1925, when a diphtheria epidemic broke out in the isolated town of Nome, Alaska, a relay of dog teams brought life saving serum from distant Nenana. The heroic endeavour earned national prominence for the drivers and their dogs. One of these drivers, Leonard Seppala, took his team of Siberian Huskies (pictured left), descendants of the original imports from Siberia, to the United States on a personal appearance tour. Whilst there, he competed in sled dog races and again proved the superiority of Siberian Huskies over native dogs. Pioneer fanciers acquired foundation stock and the breed was recognised by the American Kennel Club in 1930.

The Siberian Husky is a medium-sized working dog, quick and light on his feet and free and graceful in action. His moderately compact and well-furred body, erect ears and brush tail suggest his Northern heritage. His characteristic gait is smooth and seemingly effortless. He performs his original function in harness most capably, carrying a light load at a moderate speed over great distances. His body proportions and form reflect this basic balance of power, speed and endurance. The males of the breed are masculine, but never coarse; the bitches are feminine but without weakness of structure. In proper condition, with muscles firm and well developed, the breed does not carry excess weight.

The Siberian Husky has a delightful temperament, affectionate but not fawning. This gentle and friendly disposition may be a heritage from the past, since the Chukchi people held their dogs in great esteem, housed them in the family shelters and encouraged their children to play with them.

Today, it is charming to observe the special appeal that Siberian Huskies and children have for each other. The Siberian Husky is alert, eager to please, and adaptable. Their intelligence has been proven, but their independent spirit may at times challenge your ingenuity.

The Siberian Husky is generally a very healthy breed with few inherited health issues. When bred and raised by reputable breeders and well cared for they are relatively “maintenance free.” Hip Dysplasia is fairly uncommon in Siberians, however, some cases are now being reported. Eye problems such as Glaucoma, Cataracts and Progressive Retinal Atrophy (PRA) occur in many breeds and occasionally in Siberians as well.

Siberian Huskies will shed their coat twice a year. Until you experience a Siberian coat drop, only then will you fully comprehend how much coat they lose. Owners must be dedicated to grooming, especially when shedding.

Question: It’s so hot - should I clip my Siberian?
Answer: NO... as their undercoat acts as insulation, helping to keep them warm as well as cool.

While the Siberian Husky is a fun, free, spirited breed they are not suitable for everyone as they require both physical & mental stimulation daily. They are not happy to just sit in the backyard, as they prefer to be with their family. An active family, who can take their dog for nice long walks and who are dedicated to training and socialising their dog, are most suited to this breed. The Siberian Husky can be headstrong and at times, a challenge, so training may need to be creative. It is strongly recommended to train and socialise this wonderful, free-spirited breed, starting with puppy preschool and followed by a canine good citizen program or similar.

The versatility of the Siberian Husky makes them an agreeable companion to people of all ages and varying interests. While capable of showing strong affection for their family, the Siberian Husky is not usually a one person dog. They exhibit no fear or suspicion of strangers, and will greet guests cordially. The Siberian Husky may unwittingly act as a deterrent to those ignorant of their true hospitable nature, however, it is not a guarding dog.

Predatory instincts in the Siberian Husky are strong. While the Siberian is normally gentle and friendly with people and other dogs, owners MUST be aware that small animals in and around the home, such as rabbits, birds, guinea pigs and cats, are potential victims of their strong predatory instinct. They are swift, cunning, and patient in their hunting skills.

There is one final characteristic of the Siberian Husky which we must point out - their desire to run! There are many breeds of dogs which, when let out in the morning, will sit in the front yard all day. Not the Siberian Husky. Their heritage has endowed them with the desire to run and their conformation has given them the ability to enjoy it effortlessly. But, one quick lap across a busy street could be the last run they enjoy, ever. Because of this, we strongly urge that NO Siberian Husky ever be allowed unrestrained freedom. Instead, for their own protection, they should be confined or under control at all times. Sufficient exercise for proper development and well-being may be obtained on a leash, in a large enclosure, or best of all, in harness.

Words: Michelle Rose on behalf of the Siberian Husky Club of NSW

Now you know a little about the Siberian Husky, you may have think that this is the dog for you. Before you make a decision, please make contact with the breed club or your State controlling body for purebred dogs. They will be able to give you information about available puppies and also suggest dog shows where you can see the breed and speak to breeders. In this way you will gain a better perspective of the Siberian Husky and its needs and whether this breed would suit your lifestyle. 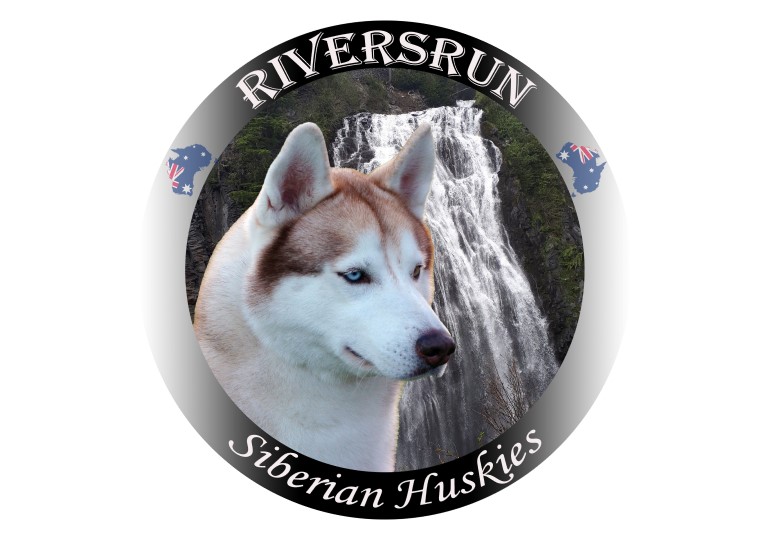