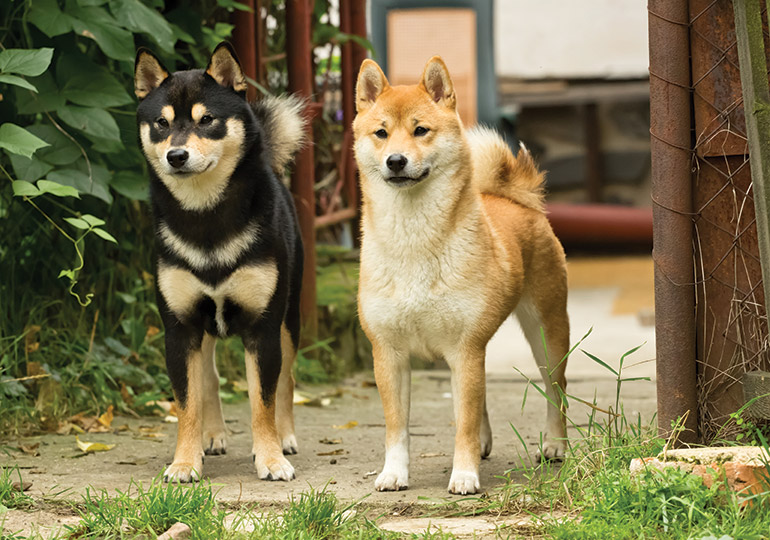 The Shiba Inu is generally acknowledged as the oldest of the Japanese breeds. It has been said that canine skeletons resembling the Shiba Inu have been found with human remains dating from 3000 BC.

Originally used as a hunting dog for small animals and birds, nowadays the Shiba Inu is more a much loved member of the family and is recognised as a national treasure in Japan.

Although similar in so many ways to other Spitz breeds, independent and strong willed, the Shiba Inu is also very faithful to its owners and in many cases will bond with one specific member of the family over all others. The breed is a wonderful house dog because of its size, ease of toilet training and cat-like cleanliness. It will live quite happily in a smaller space, although, of course, it requires daily walks.

The Shiba Inu has an attractive fox-like appearance, is bold and alert and is generally good natured. The breed should also be well-balanced, well-boned and have good muscle tone. The head should be clearly feminine or masculine (as appropriate) with deep-set, small, triangular and slanting eyes and small, hooded triangular ears. The teeth should be strong with a scissor bite. The breed’s coat is thick with a stiff and straight outercoat and a softer, dense undercoat. The Shiba Inu comes in a variety of colours with the most common colour being red and urajiro: that is, white cheeks, chest, belly and under tail area. Other regularly seen colours include black and tan, red sesame and black sesame and all these combinations must also have urajiro.

Generally, the Shiba Inu is easily maintained. The coat requires additional attention when dropping coat (ie daily brushing) but outside of this, a regular weekly brush and occasional bath will keep its coat under control. The breed does not require any clipping. Being such a strong willed little dog, it is best to get the Shiba Inu started young with nail clipping (otherwise it might take two people to do it) and pay attention to the ears (being a hooded ear), if water gets in a fungal infection might develop.

While the Shiba Inu is ultimately a healthy breed, it has been known to develop hip patella and slipped kneecaps. To avoid this developing early on, it’s recommend that owners don’t over-exercise the Shiba Inu, especially in the first 12 months. Avoid allowing it to jump off beds, lounges etc, and playing on slippery surfaces such as tiles or timber floors should also be avoided. The breed can also develop grass and food allergies, so a healthy, consistent diet is a must.

Although suitable for flats and smaller homes, a secure fenced yard is a must, as well as a daily walk. Some Shiba Inus have been known to climb six-foot fences, so ensure the area is contained and leave a collection of toys to play with. The breed also has a passion for fetch that can prove to be a very effective exercise regime.

Now you know a little about the Shiba Inu, you may have think that this is the dog for you. Before you make a decision, please make contact with the breed club or your State controlling body for purebred dogs. They will be able to give you information about available puppies and also suggest dog shows where you can see the breed and speak to breeders. In this way you will gain a better perspective of the Shiba Inu and its needs and whether this breed would suit your lifestyle. 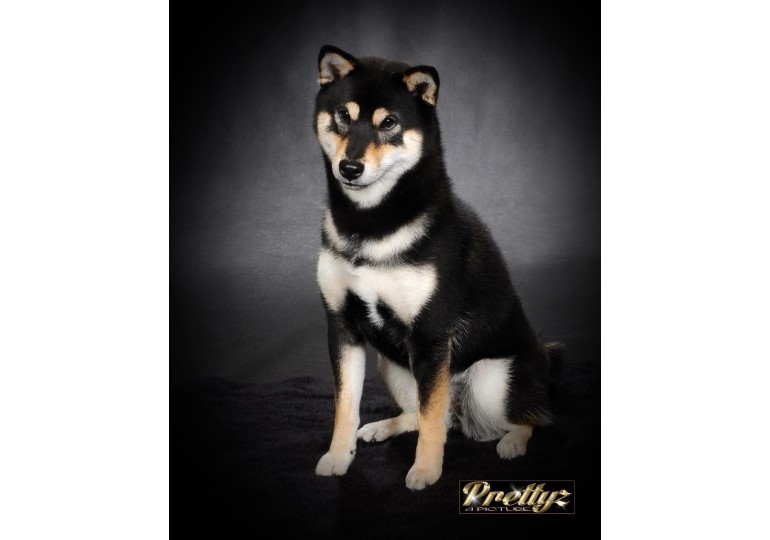