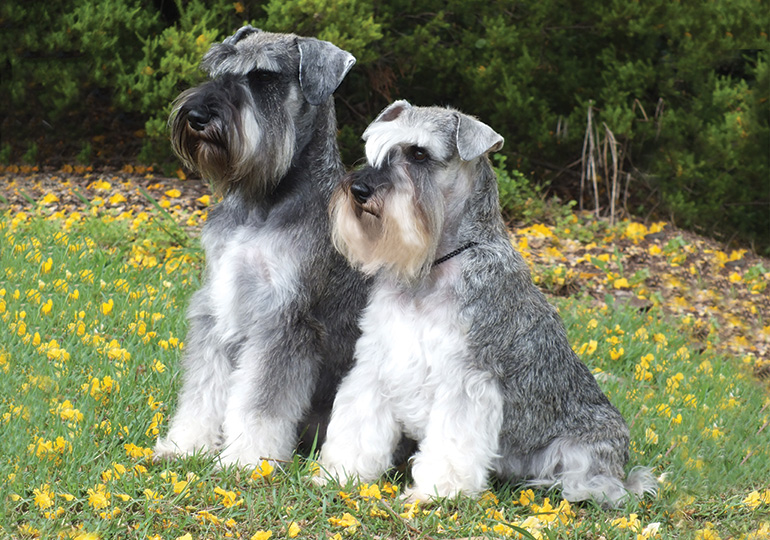 The Schnauzer originated in the 1400s in the regions of Bavaria and Wurttenberg in southern Germany in central Europe. It was developed from the crossing of German Poodle, Grey Wolf Spitz and Wire Haired Terrier (German Pinscher), primarily as a ratter, a droving and herding breed with watchdog capabilities.

It is believed the Miniature was developed by crossing smaller Standard Schnauzers with Affenpinschers and the Giant by crossing the larger Standard Schnauzers with the Great Dane and possibly the Bouvier des Flandres, or with large, coarse coated dogs known as Bavarian Wolfhounds. The Miniature’s primary purpose was to hunt vermin and as companions within the home. The Giant was bred to drive cattle to market, which in turn saw their guarding ability come to the fore, with them being incorporated into guarding duties for butcher shops, breweries and prisons. These days their skills have been identified and used heavily in Search and Rescue, as well as police and protection work overseas.

The wonderful world of choice is relevant to Schnauzers. Just like coffee, they come in small, medium and extra-large.

There are three distinct and different breeds falling under the category of Schnauzers: the Miniature (small), Standard (medium) and Giant (extra-large). From the original “standard size” the Miniature and Giant Schnauzers were developed. The aim was to produce exact replicas of the (Standard) Schnauzer in appearance and temperament but in smaller and larger sizes, that is, a sturdy, sensibly built and useful dog of great intelligence and reliability, loyal to its family but wary of strangers.

The name Schnauzer refers to their distinctive facial appearance. Beards and eyebrows are a feature of all three breeds. The Schnauzer expression is characterised by an alert, “down the nose” expression enhanced by the correctly set ear, dark eye, dark facial mask in the salt and pepper and black and silver and their leg furnishings. They have a harsh outer coat and soft undercoat. They do not shed their coats and require regular stripping for the show ring so they can be presented with an outer wiry, coarse coat against a short undercoat. Clipping of the coat is usual for dogs that are not shown.

All sizes are nearly square in profile (length of body being equal to height at the shoulders). Ideal height for the Schnauzer is as follows: Dogs 36cm, Bitches: 33cm. Too small, toyish appearing dogs, are not typical and undesirable. (2)

This is a dog with the characteristics of a working dog. Bred originally as guard/watch dogs, ratters and as droving dogs, they should not be shy, retiring or act afraid. They are alert and intelligent, and while they will not start a fight, they will not back down. Their guard/ watch dog character make them wary of strangers.

The three breeds are seen as companion dogs and all three breeds do well at Obedience, Agility and Rally events.

While overall all three breeds present as fit and healthy, Standards have shown incidents of Cardio Myopathy (which now has a DNA test available)

their particular lifestyle. A Standard and Miniature’s life span is usually from 9-14 years however, many, depending on

their health and fitness, will live beyond that scope.

All three are very much people dogs and will want to be part of the family environment. We recommend that if you want an outdoors only dog, that you do not choose a Schnauzer.

They are loyal, loving but also wary, watchful and protective of their families. They are highly intelligent and can readily be taught tricks as well as excel in Obedience and Trialling events.

If you are looking for a stylish companion, from a lounge lizard to competing hard and strong in Agility – and all things in between, then you may like to consider a Schnauzer.

Now you know a little about the Schnauzer (Miniature) you may have think that this is the dog for you. Before you make a decision, please make contact with the breed club or your State controlling body for purebred dogs. They will be able to give you information about available puppies and also suggest dog shows where you can see the breed and speak to breeders. In this way you will gain a better perspective of the Schnauzer (Miniature) and its needs and whether this breed would suit your lifestyle.

Information from the Schnauzer Club of NSW Inc 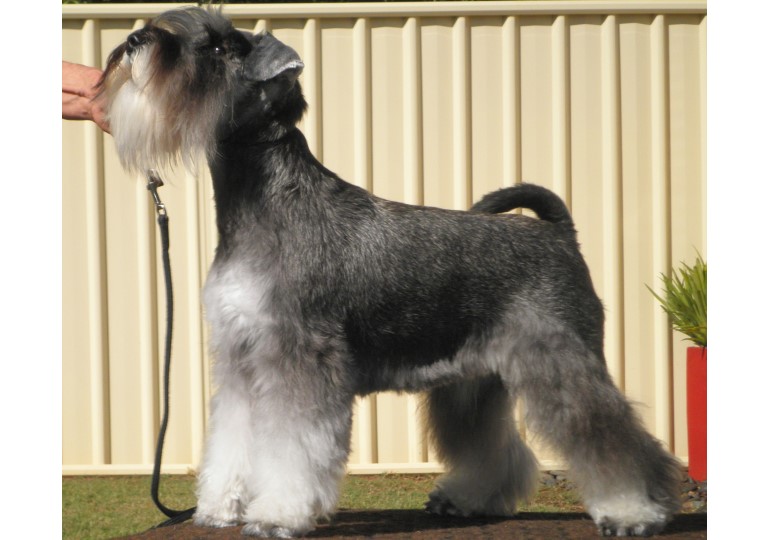 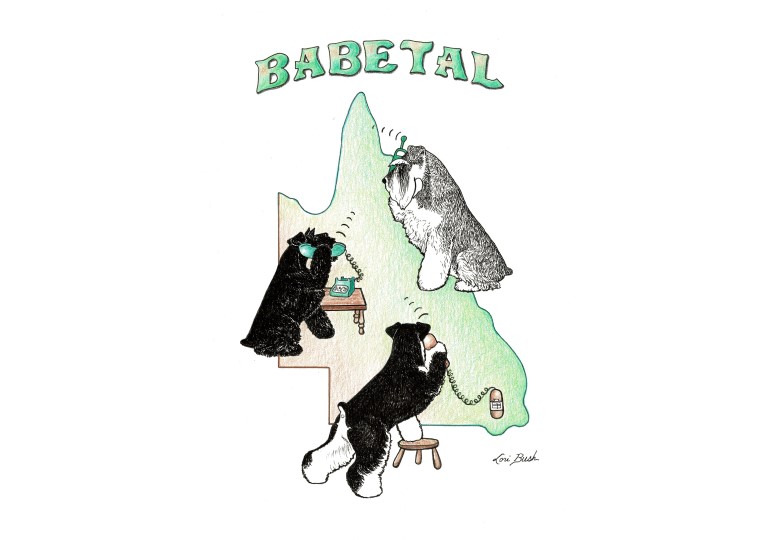