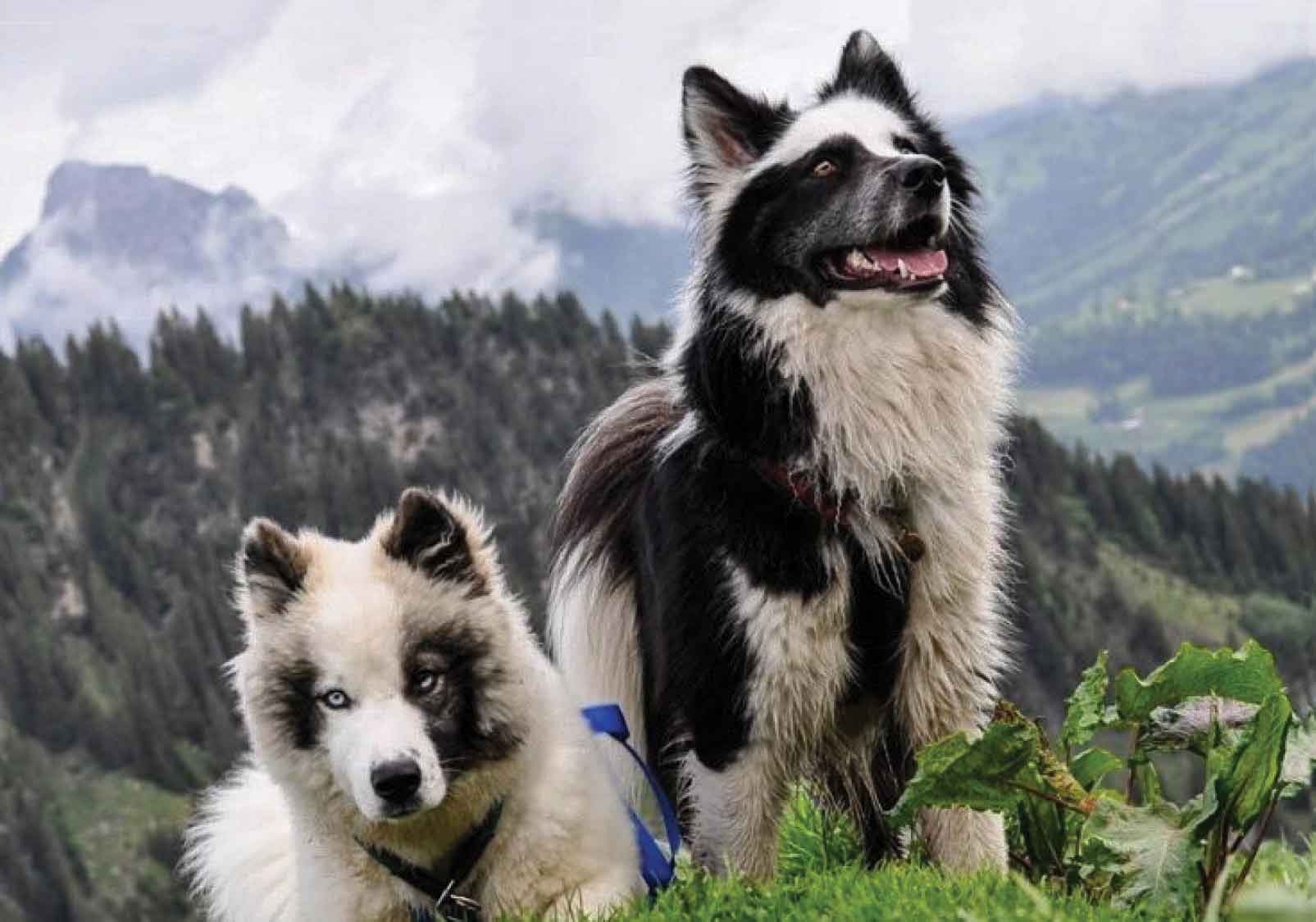 The Yakutian Laika is an ancient, native dog breed, which was naturally bred by aboriginal people of the North East of Russia as a sled dog and a hunting dog. Certain archaeological discoveries confirm that the local people used dogs for sledding and hunting as far back as 8000 years ago. The very first references about dogs in this region date back to 1633.

These skills have glorified the Yakutian Laika as a versatile breed, not only in Russia, but also in many countries on different continents. 1.

Yakutian Laika is a dog of medium size, strong, compact, well-muscled, with moderately long legs and thick skin with no signs of looseness.

The coat is well developed and should be sufficient for living and working in severe Arctic conditions. Sexual dimorphism is clearly pronounced: males are stronger and more powerful than females.

Eyes are set straight and wide, but not deep; almond-shaped. Eyes colour is dark brown, or blue as well as odd eyes (one brown, one blue) or blue segments on brown iris. Dry, tight fitting eye rims matching the colour of nose. Depigmentated eye rim against white background permissible.

Ears are of a triangular shape, set high, wide at the base, thick, erect or half-pricked. Ears covered with thick, short hair. Ears laid back while moving.

Tail is set high, covered with a thick furry coat, curled up as semi- circle on the dog’s back, sickle curve tail allowed.

The coat is thick and glossy, with straight, coarse hair of medium length, with a very well developed thick and dense undercoat. On the neck it forms a mane, especially and clearly pronounced in males; thick feathers on the back sides of the front and hind legs; the tail feathered with a small fringe. Coat is shorter on the head and front sides of the legs. Colouring is white and any patching (bicolour or tricolour).

Yakutian Laika is a bold, lively, friendly, sociable and energetic dog, that is close to man.

The Yakutian Laika experiences seasonal shedding that can get out of control if he is not brushed regularly. They should be brushed weekly to prevent matting and tangles. When shedding heavily, it is a good idea to brush every day to keep the hair from getting onto everything. Use a pin brush and metal comb when grooming. A deshedder or detangler may also make your job a little easier. Since the Yakutian Laika is a working dog, excessive trimming of his coat is not necessary. Trim between his foot pads to keep snow, ice and other debris from accumulating and causing him irritation. His coat naturally repels dirt and he does not have an odour, so bathing should only be done two to three times a year. Trim his nails when needed, usually every two to three weeks. Clean his ears each week as part of his grooming routine. 2.

The Yakutian Laika is a sled dog with a well-defined prey drive. The breed thrives on regular exercise and sufficient training. With a medium-high energy level, they love to run alongside a bike, do sled or rig running, or play fetch in the yard. They play well with other dogs they are familiar with, but are wary of strange dogs and people. Usually, they warm up quickly, but supervision is a good idea in new situations. Yakutian Laikas are not suitable for people who cannot spend time with their dogs. 2.

Training the Yakutian Laika is a rather pleasant and easy task thanks to his biddable nature and keen intelligence. This dog has a strong inclination to independent thinking so he won’t follow the handler’s orders unless he fully trusts him. Pulling a sled is an inborn talent of this breed, and it doesn’t need much training in this respect. 2.

The Yakutian Laika seeks human leadership and guidance, but he doesn’t respond well to corrective training techniques. He works more eagerly if the learning process is based on positive reinforcement and tasty treats. As with any other dog, the Yakutian Laika should learn certain rules and norms of decent behaviour in human society, so elementary obedience training is imperative. 2.

Now you know a little more about the Yakutian Laika you may think that this is the dog for you. Before you make a decision, please make contact with the breed club or your state controlling body for purebred dogs and they will be able to give you more information about available puppies and also suggest dog shows where you can see the breed and speak to breeders. In this way you will gain a better perspective of the Yakutian Laika and its needs and whether this breed would indeed suit your lifestyle.