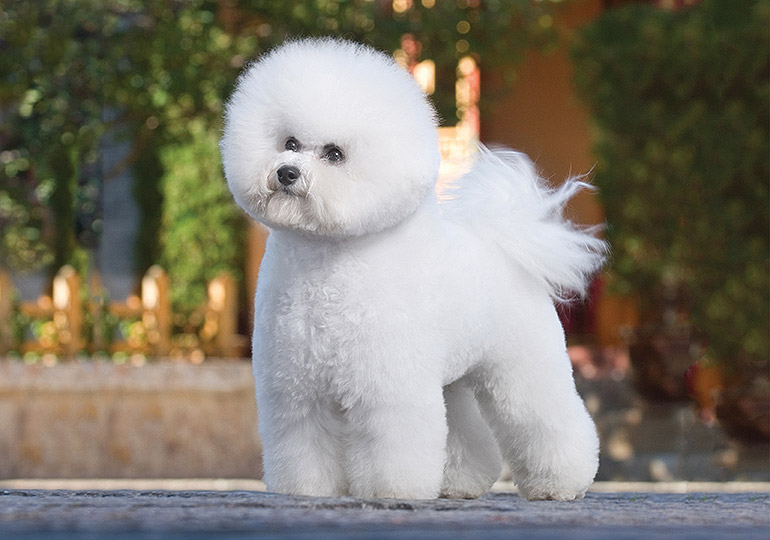 One of a family of “small” breeds which flourished as companion dogs from Roman times, the Bichon Frise, like its cousin the Maltese, found its way to the Royal courts of Europe, (notably France), where it advanced under the patronage of the nobility. Many Renaissance art works depict the Bichon Frise as much loved ‘inclusions’ in their aristocratic owner’s portraiture.

With the onset of the French Revolution the breed lost its noble connections, but continued to flourish as a ‘working class’ companion in France, Holland and most notably Belgium. Even today a visit to the dockside areas of the low countries will almost certainly result in an encounter with a member of the Bichon breed!

Like many European breeds, the Bichon Frise made a significant incursion into the English speaking world (notably UK and USA), at the end of WWII. It should be said that these early days in the UK/USA saw a significant ‘next phase’ in the development of the breed as we see it today. At this time, the trim (or haircut) was far from uniform and ranged from ‘au natural’ to the varied artistic creations of individual owners! Eventually, the American Kennel Club sought uniformity and the Bichon Frise we see in the show ring today is ‘coiffed’ in line with a proposal submitted by the famous US handler and groomer, Mr Frank Sabella.

Some forty odd years ago, the first Bichon Frise, ‘Woody’ arrived in Australia for the late Harry and Margaret Begg. Officially titled US Champion Beaumonde The Snowdrift of Leander, ‘Woody’ was an instant hit and the flood gates quickly opened for a rush of imports of various bloodlines. At its genesis, the breed in Australia was incredibly fortunate to attract the interest and involvement of many established and well-credentialed breeders, from a variety of canine backgrounds: and the rest, as they say, is history!

A coated, white dog with black pigment and compact outline, the Bichon Frise is well structured and presents as a very athletic and functional canine on the move, displaying soundness, ‘coming and going,’ and a surprising degree of reach and drive. The Bichon coat stands off the body and does not hang flat.

The tail is plumed and carried over the back. Black pigment is essential and the well pigmented nose and eye rims or haloes (accompanied by dark eyes) are often likened to “three pieces of coal in the snow.”

Whilst the impressive white coat is often mentioned as their most appealing attribute, any Bichon owner will confirm that it is the temperament which sets this breed apart. The average Bichon Frise appears to have no idea that it could be anything other than human! Their love for their human family is exceptional and whilst they will extend this to others, they are very protective of their owners. The Bichon Frise loves contact with other dogs of any breed, and will normally never display aggression.

The greatest attribute of the breed is the Bichon’s desire to please its owner and to integrate into any environment or lifestyle. They are content to spend the day on the couch with an elderly owner, or ‘run the track’ with a young owner training for a sport!

Healthwise the Bichon Frise is a relatively worry free breed.

In the early rush to import, a lack of genetic research saw a few undesirable bloodlines enter Australia. The genetic disorder liver-shunt occasionally manifested in stock from such lines. Over several decades, serious breeders have identified and isolated these problem lines.

The more common ‘toy dog’ disorders, such as Patella Luxation or Hypoglycaemia, are not commonplace in the breed.

The breed can be prone to fungal ear infections if the ears are not properly cleaned and dried after bathing.

The Bichon's amazing ability to adapt to its owners lifestyle is perhaps its greatest asset!
The breed’s sturdiness and general genetic good health contribute to a lifestyle largely free from any need of, or reliance upon, ongoing veterinary intervention. Across the globe, members of the breed compete successfully in all levels of canine discipline and endurance testing.

Whilst the Bichon Frise is a coated breed, it is a single coat, essentially HAIR not fur! The Bichon coat will require a weekly groom, and from time to time, a haircut is needed. On the positive side, the Bichon coat does not shed, so the furniture does not require a weekly 'de- fluffing'! The coat is non-allergenic and the dog can fit well into households where conditions such as asthma may be an issue.

Long-lived, the Bichon usually remains active (mentally and physically) throughout his life. Great with adults, children or other animals, the Bichon Frise
really is the dog 'for all reasons'.

Now you know a little about the Bichon Frise, you may think that this is the dog for you. Before you make a decision, please make contact with the breed club or your State controlling body for purebred dogs. They will be able to give you information about available puppies and also suggest dog shows where you can see the breed and speak to breeders. In this way you will gain a better perspective of the Bichon Frise and its needs, and whether this breed would suit your lifestyle. 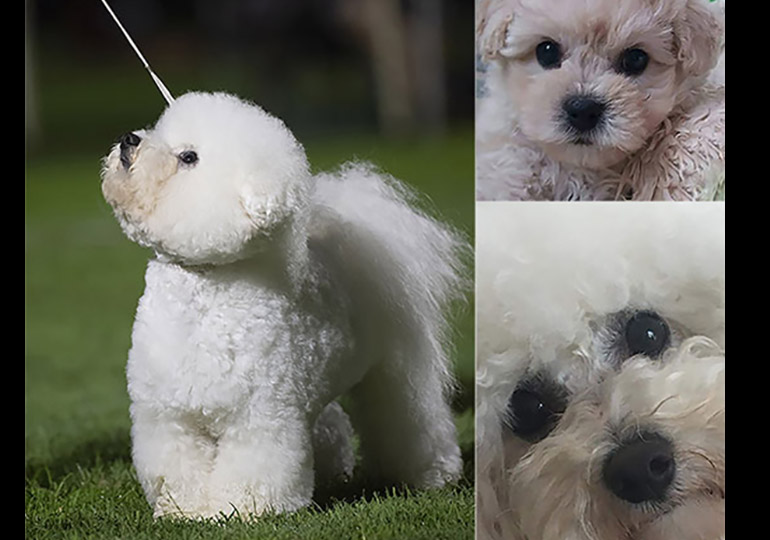 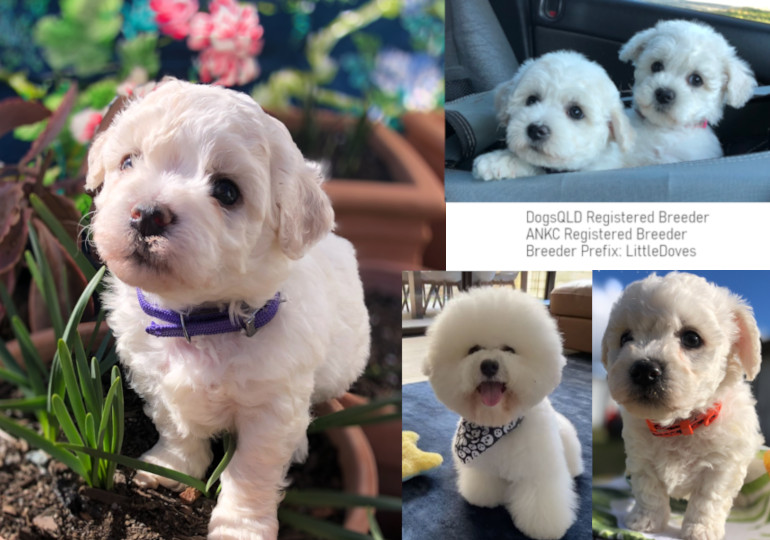